It seems that the Municipality of Tirana has started passionately the dubious tenders. This is because for some times it stayed somewhat quiet. But apparently the time has come for the taps to "explode" and the millions of Albanian taxpayers' money to go out in a frenzy. The case in question concerns SH.A. Water Supply and Sewerage Tirana, an institution directly subordinated to the Municipality of Tirana. 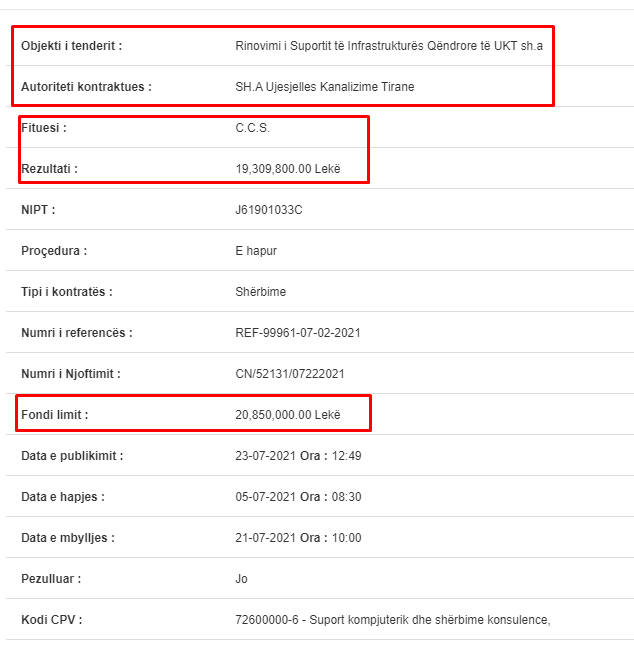 This institution has organized a tender with the object "Support Renovation of the Central Infrastructure of UKT sh.a." with a limit fund in the amount of 20,850,000 new ALL or about 250 million old ALL with VAT. It is noticed that only two companies participated in this procurement procedure, of which the winner was the company that gave the highest value. Normally in a normal race, not only should there be many more participants but the lowest bid should be declared the winner. 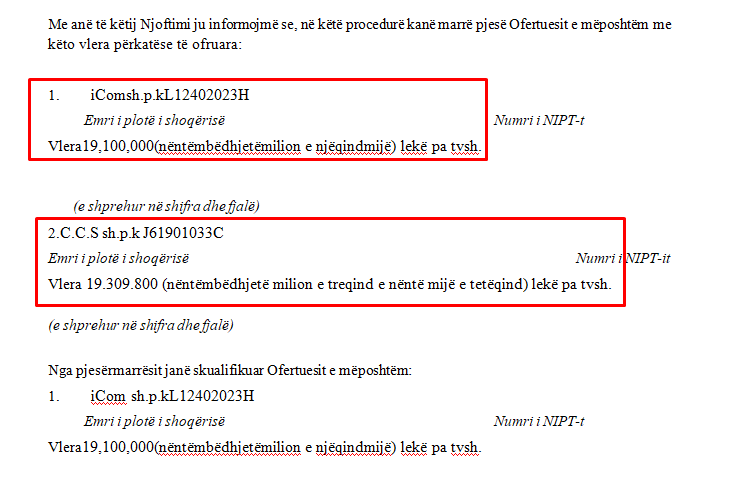 Apparently nothing was taken into account and the winner was the firm C.C.S. owned by Genc Likoskëndaj, Arjan Bare and Blerind Mehmeti, of whom 80% of the shares are owned by Likoskëndaj. This firm has been declared the winner for the value of 19,309,800 new lek without VAT or about 231 million old lek with VAT. As it is known, tenders for support and maintenance are the ones that are abused more. This is reinforced by the fact that the winning value is 92.61% of the tender limit fund. By the way, has anyone seen SPAK? 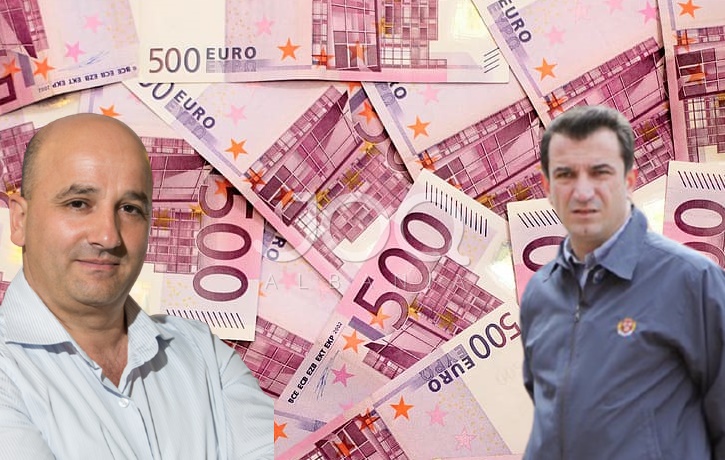